There’s no place like home for the holidays, and for those that call Chicago home there’s certainly no shortage of holiday traditions.

It may be cold around the holidays in Chicago, but it’s still one of the most wonderful times of the year in the Windy City. There’s plenty to see, do, and eat from the end of November to the middle of January.

Some of the traditions in Chicago are longstanding facets of the holiday season while others are more nascent additions to the annual calendar. But one thing is true about all of them: they add tons of fun to the holidays in Chicago and you simply have to give all of them a try.

For 12 of the best Holiday Traditions in Chicago, try some of the following.

Image Source
For over a century, the lighting of the Christmas tree in downtown Chicago has been one of the greatest traditions during the holidays.
The tradition started in 1913, when Chicago Mayor Carter Harrison had a 35 foot tall spruce decorated in Grant Park.

Grant Park would host the Chicago Christmas tree until 1966, when the tree was moved to the Civic Center Plaza (later known as the Honorable Mayor Richard J. Daley Plaza, where they have that Picasso piece).

But starting this year, the Chicago Christmas Tree will now stand in Millennium Park.

The lighting of the Christmas Tree usually takes place in late November and is attended by hundreds of residents in Chicago.

Image Source
With the Christmas Tree now at Millennium Park, that puts you right by another one of Chicago’s newer holiday traditions. Ice skating at Millennium Park’s ice rink is free year round, but it’s during the holiday season that it’s truly special.

The view of the Chicago skyline mixed with the lights and beauty of the Christmas tree combine to make a few rounds on the Millennium Park skating rink a truly memorable experience.

You can bring your own skates, or you can rent a pair from nearby (which sadly, aren’t free).

Image Source
Because of its location on Lake Michigan, Navy Pier gets some of the bitterest winds during winter. The lively exterior of the summer retreats inside during the cold of the Chicago winter. And during this time is when Winter WonderFest comes to life.

The Winter WonderFest usually runs from the beginning of December until just after January. It may look cold inside, but it’s definitely warmer than staying outside on Navy Pier.

Image Source
The holidays in Chicago wouldn’t be complete without admiring the window displays at Macy’s in the former Marshall Field’s building. Every year, the windows along State Street take down the latest fashions and wares to display a holiday story told through decorative exhibits.

The best time to see the windows is at night, letting the displays glow in all of their glory and letting the story shine bright.

And afterwards, head inside for a cup of hot chocolate or a warm meal inside the Walnut Room. Since 1907, the Walnut Room restaurant has resided inside the building, giving guests a place to rest during the holiday shopping. Along with the towering Christmas tree erected inside, the Walnut Room is a Chicago holiday tradition that will never go out of style.

The Christkindlmarket at Daley Plaza

Image Source
The Christmas Tree may have moved from Daley Plaza, but the Christkindlmarket is there to stay! Inspired by a market in Nuremberg, Germany dating back to 1545, the Christkindlmarket features numerous booths featuring homemade crafts, wooden clocks, and other curios made by local artisans.

Authentic German food is a staple of the Christkindlmarket, with the aroma of sausages and potato pancakes wafting through the air, ready to be washed down with a glass of craft beer.

The Christkindlmarket runs from late November to just before Christmas day, giving residents and visitors alike plenty of time to check it out.

Christmas Around the World at The Museum of Science & Industry

Image Soure
Back in 1942, the Museum of Science & Industry decorated a single Christmas tree as a salute to the Allied Forces fighting to defeat the Axis Powers.

More than 70 years later, that single Christmas tree has grown to include several in a display of what Christmas looks like around the world.

The MSI’s display of Christmas Around the World is a dazzling show of trees, lights, music, and even “falling snow”. Combined with the rest of the exhibits found there, this annual part of the Museum of Science & Industry’s display is a holiday must.

Image Source
If you want to see the wonder and majesty of the Christmas lights strung up throughout downtown Chicago, then there is no better way to do it than booking a ride on the Chicago Trolley Holiday Lights Tour.

Travelling around on one of Chicago’s unique trolley-inspired buses, you and others will take a festive holiday tour around the city and see a wondrous display of holiday lighting.

Even better, the Trolley makes two special stops along the way. The first is at the Christkindlmarket at Daley Plaza. The second is the next tradition on the list.

Image Source
You might think a zoo isn’t much use in the winter time, but Lincoln Park Zoo’s ZooLights proves that to be a myth!

If you thought the light displays in downtown Chicago were something, just wait until you see what ZooLights has in store for you. You’ll be able to walk around Lincoln Park Zoo much the same as you can during the rest of the year (and still for free!).

Lincoln Park Zoo’s ZooLights event runs from the end of November all the way to the beginning of January, so you’d better catch the lights before they go dark again.

This year, the Music Box Theatre is proudly presenting screenings of the films White Christmas (1954) and It’s a Wonderful Life (1946). Tickets are on sale now, but Christmas Eve is the last night you’ll be able to see these masterpieces in the theatre.

Even better, your trip to the Music Box Theatre will start off with a greeting by none other than Santa Claus himself. Before the films, audiences will be able to participate in caroling many holiday classics.

Image Source
The weather outside might be frightful, but a stroll through the Lincoln Park Conservatory’s winter display is absolutely delightful. You’ll be able to stroll amongst the colorful blooming flowers in a warm habitat, giving you shades of spring and summer in the heart of winter.

Adding to the whimsy of the display at the Conservatory are the model trains that run among the plants. These miniature trains help bring the memories of Christmas to hearts young & old.

The Winter Flower & Train Show at the Lincoln Park Conservatory runs from the end of November to the beginning of January.

Shopping on the Magnificent Mile

Image Source
Michigan Avenue is home to countless shops and stores. It’s a major shopping hub throughout the year, but during the holiday season it’s especially so. From Black Friday until Christmas Eve, the tradition of shopping on the Magnificent Mile has been passed on through generations of families.
Even if you’ve already gotten your holiday shopping done, milling about Michigan Avenue is an experience in Chicago that cannot be missed.

This party will be made up of several smaller events combining into one massive bash that won’t stop until the clock chimes midnight. This may be its first year, but this event has the potential to become one of Chicago’s biggest holiday traditions for years to come.
And what better way than a new tradition to help ring in the New Year?

And to all a good night

Chicago is one of the best places to be if you’re looking for holiday traditions. Though we’ve only mentioned 12 of them, there’s no shortage of holiday traditions just waiting to be enjoyed in and around the city.
As always, no matter what you do for the holidays, remember to stay safe, enjoy yourself, and tell your friends and family how much they mean to you. 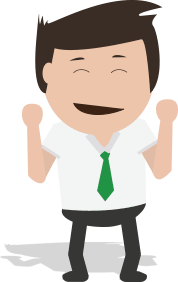